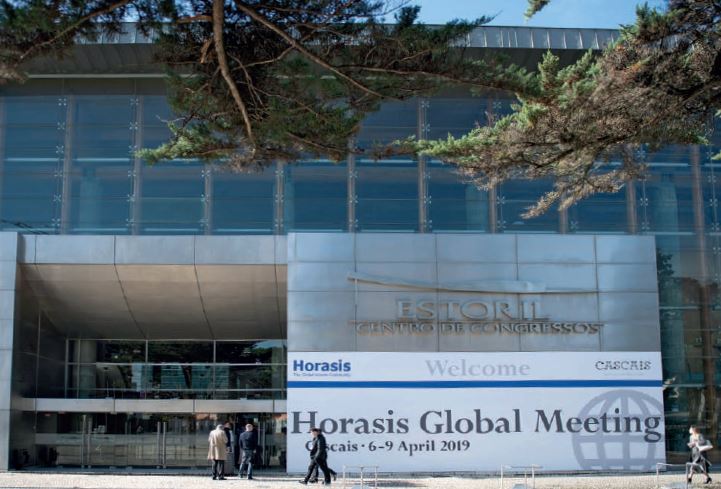 A Horasis Leadership Event Catalyzing the Benefits of Globalization

From April 6-9, 2019, Emma Arakelyan attended as a speaker at the Horasis Global Meeting in Cascais, Portugal. Horasis Global Visions Community is an international think tank that was founded by Frank-Jürgen Richter. He hosts the Horasis annual Global Meeting; the most recent focusing on Catalyzing the Benefits of Globalization, which serves to offer an ideal platform for business and government leaders to explore and foster cooperation, impact investing, and sustainable growth across the world.

The President of Armenia spoke at the Plenary Session titled “Planning the Future”, where he focused on how ordinary people could navigate through an increasingly volatile and complex world while also proactively shaping the future. He noted:

“We are living a rapid revolution, not only in economy, but also in human behavior. The industrial revolution is also happening in our human behavior. People want to have interaction, nowadays more people are watching electronic games than real physical games.”

His idea was to keep the focus of technology and development on the human and not on the machine for the sake of developing a machine. So much technology created today is focused on automation without offering a great deal of opportunity and new jobs for people to work. Armen Sarkissian urged that in planning the future, sight of the human is not lost.

Emma had the opportunity to speak alongside accomplished leaders during a Boardroom Dialogue Session titled “Monitoring Supra-National Businesses”. In the panel with Emma were moderator Nadim Habib, Professor of Economics at Nova School; Flaviano Bianchini, Founder and Director of Source International; David Carlisle, Chairman of Holoscribe; Isabel Neves, Chair of Star Busy. The panel sought to have a brainstorming session for solving the following issue:

“Many businesses operate globally and seem beyond national laws. What might be done to assure us of their correct oversight? Are these firms sufficiently culturally sensitive? How quickly will they create better governance, equality and decency?”

Questions of whether more government regulation should be legislated popped up repeatedly. David Carlisle, being a pilot, believes that strict regulation is what made airline travel the safest form of transportation and what made aerospace engineering companies abide by the rules so that no one gets hurt.

Isabel Neves, Chair, Star Busy, Portugal, based on her experience as a lawyer, stated that to unify different legal law systems is complex but that a global legal order should be built.

Emma believes that regulation isn’t the core to the solution. Rather, it is to stop ranking companies as successful and rewarding them based on outdated or wrong merits. These wrong merits would include a successful company being successful only because of how much profit they made or pleased shareholders. The idea is that a company should not be given credit for making money if the means to achieving that profit were morally and ethically questionable. Emma believes that it is first about changing the culture within the workplace surrounding what it means to be a successful company. If that can be willingly tackled by leaders and ordinary workers, then regulation would follow without much pushback.

The Horasis Global Meeting 2020 is being planned and is scheduled to take place again in Cascais, Portugal on March 28-31, 2020. Emma will be in attendance, as she believes that Horasis is a great opportunity to foster diverse conversation regarding fixing issues brought up in panels.

Having a big dream is critical (7 min read)

Is it possible to succeed alone? (2 min read)

What is in common in caring and great toughness? (8 min read)